The Spanish Circle Through the Years

July 26, 2018; Added a circle from Manuel Antonio de Brea (1805), Added an additional Thibault plate with more detail and on where to find more; Moved older updates to the bottom section.

Hello again,
My hope was to make this post about a summary of a wonderful article on Spanish counters to Italian fencing that I have been reading and using recently. (update, I eventually made that post and it is located here.) Instead I mentally made a left turn today and ended up spending multiple hours researching the Spanish circle and thought I would share that with you.

The circle in Destreza is not a simple thing to describe, yet it is also not as complex as some of the masters make it out to be. You can get dizzy looking at some of the interpretations that, while beautiful, are pretty intense (see Thibault's or Rada's circles below).   The Spanish circle is not supposed to be an actual circle on the ground in which you fight, but you will see them on the ground now and again to be used for training purposes.  It is instead intended to be a mental construct that the Diestro uses when fencing to help them navigate geometry, distance, and angles to command not only himself, but his adversary.

Maestro Ramon Martinez has a series of articles on this if you are interested in reading more about the Demystification of the Spanish School located here: Martinez Academy of Arms

The circles below are from 11 different masters and span over 223 years of La Verdadera Destreza manuals.  I say "over" because Carranza's manuscript was first published in 1569 to a small audience, so in truth we are looking at 236 years of work in the same style and fencing tradition.  Some, like Carranza, had a very small number of drawings in their treatises.  Others, like Thibault and Rada, had a large variety of figures and circles within their work to demonstrate the art and the movements.


The masters and the years the included circles are from are as follows:

Here are the circles (in chronological order) that I pulled from the period manuals and treatises: 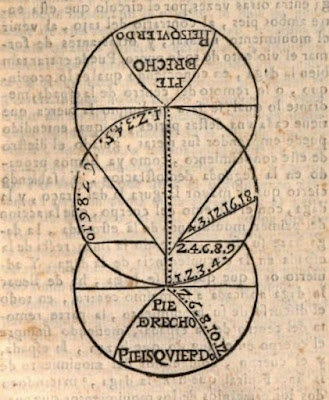 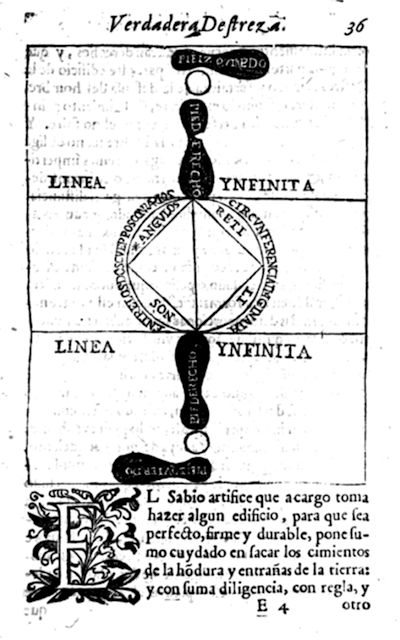 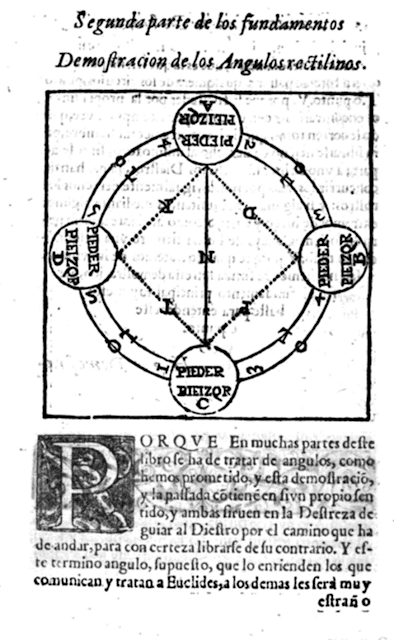 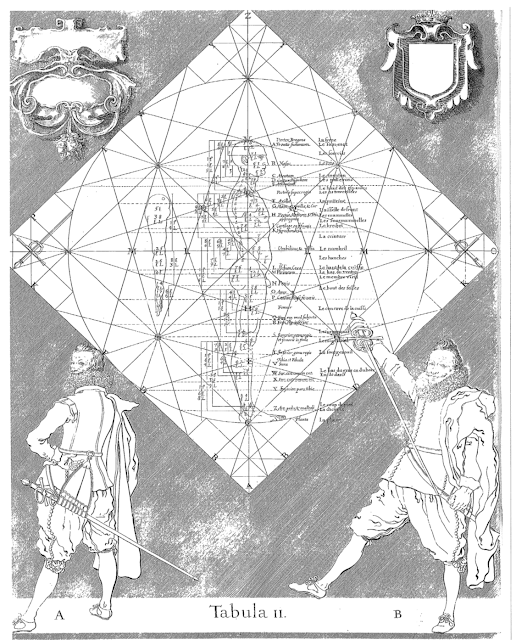 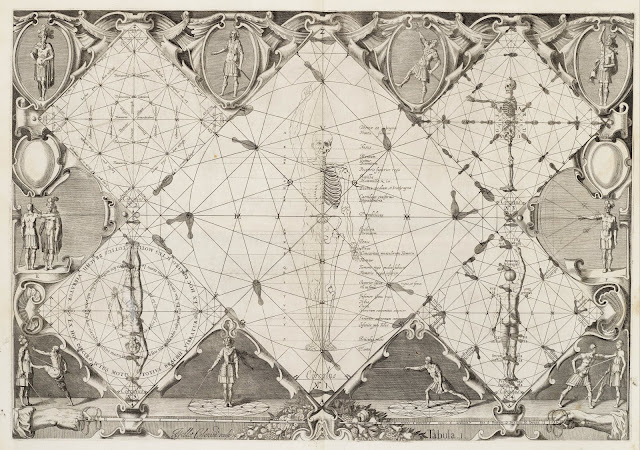 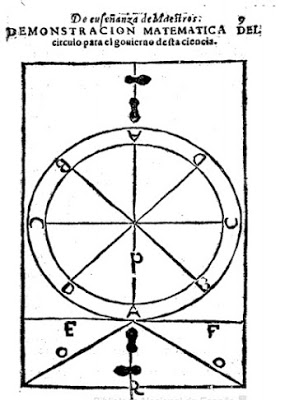 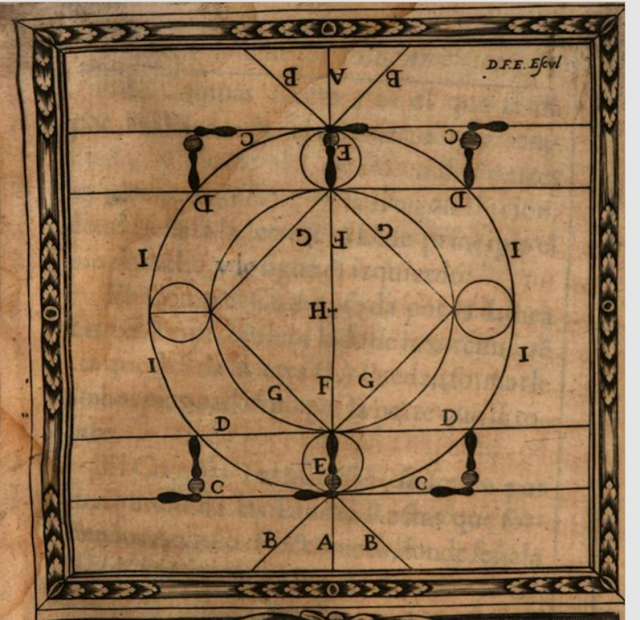 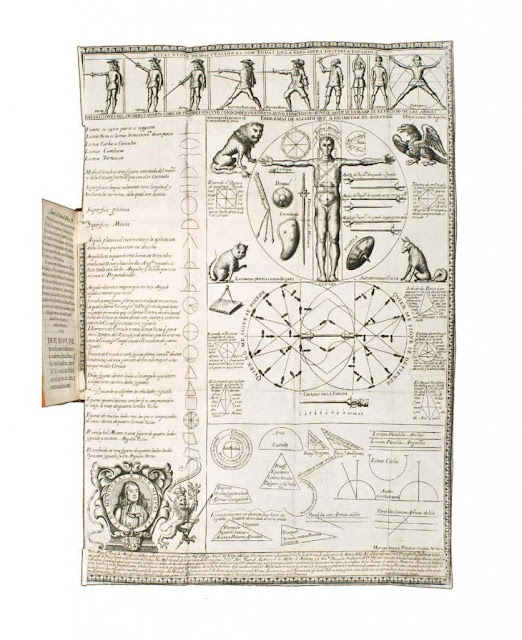 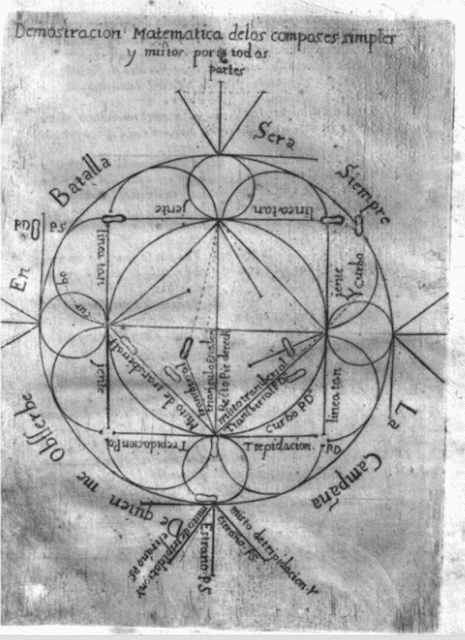 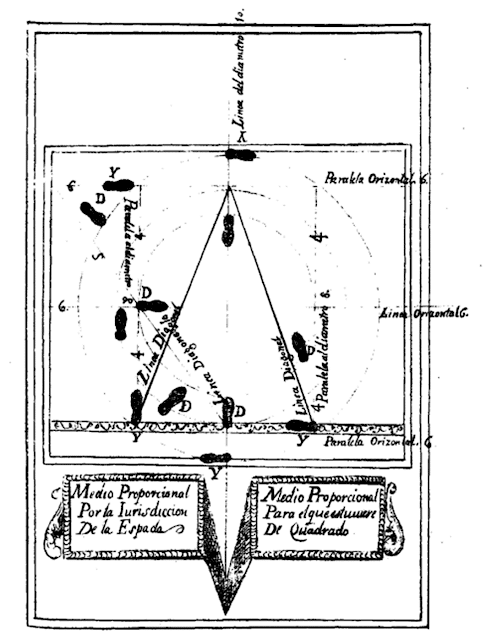 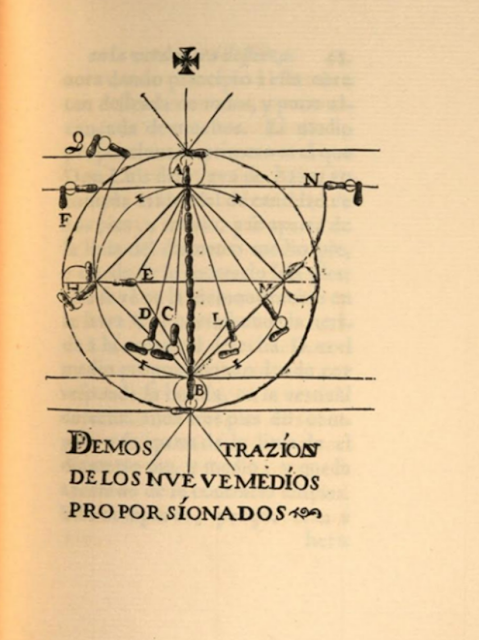 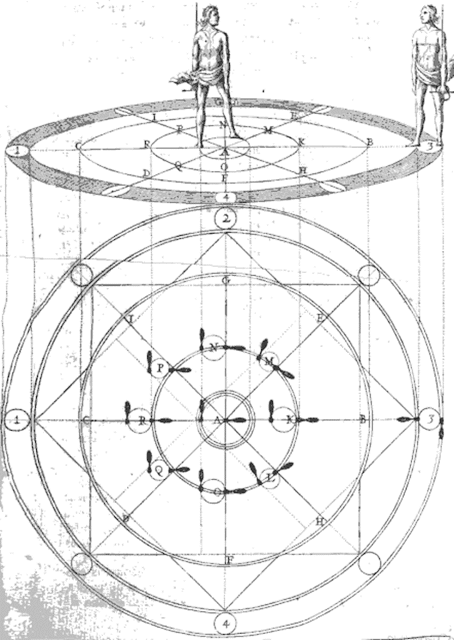 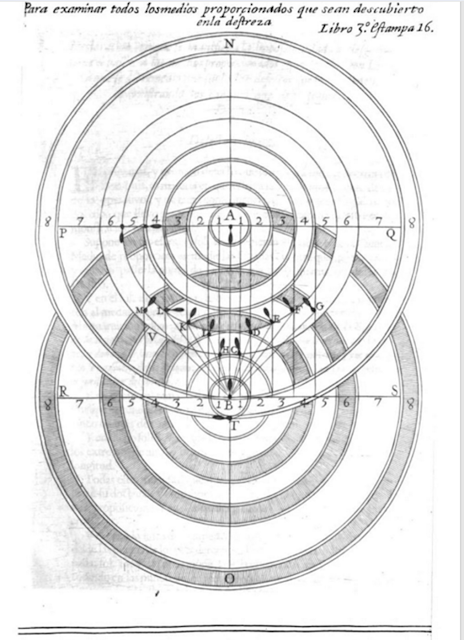 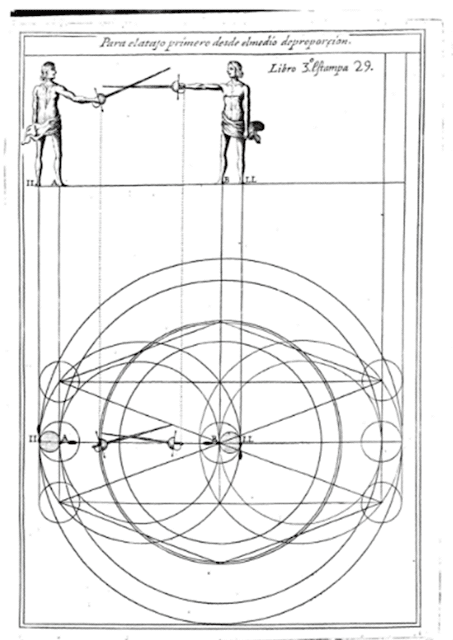 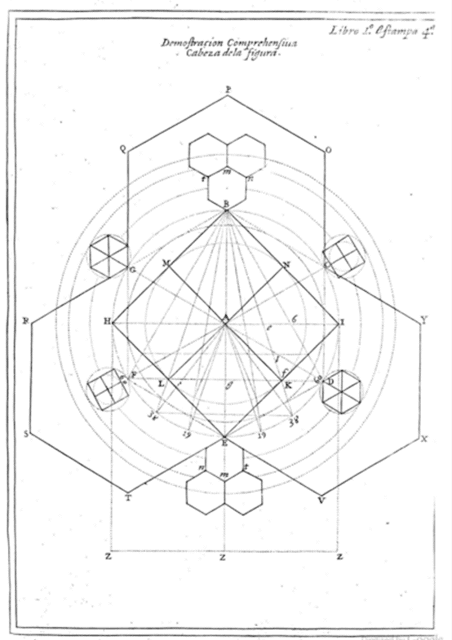 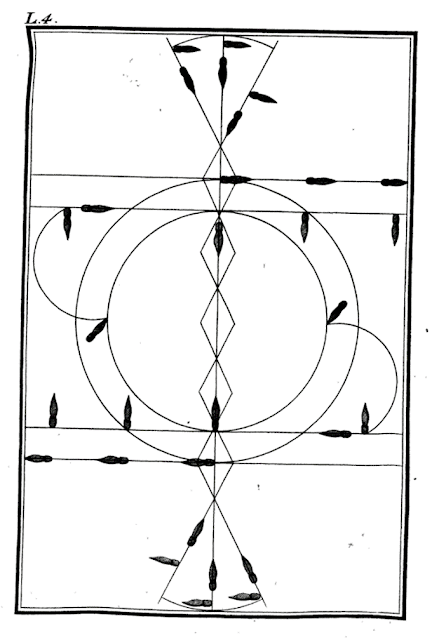 My previous hope was realized when I used many of these circles to teach a class on Spanish footwork and circle strategy at Pennsic 45. My lesson plan for that class is located at: Lesson Plan for LVD: Spanish Fencing Circle Use and Footwork .

Thank you for reading

November 29, 2016; Added a circle from Miguel Perez de Mendoza y Quijada; Added titles to each of the sections: Recent Updates, Introduction, The Masters, The Circles, and Previous Updates; Moved older updates to the bottom section.
November 23, 2016; Added a circle of Don Nicolas Tamariz
October 16, 2016;  Added circles from: Pacheco, Texedo, Viedma, Alvaro Guerra de la Vega, and Rada.  Also added a master list after the introduction and a number of links to my other posts.  Since this was first posted in January '16 I used a number of these in a class I taught this past summer at Pennsic 45.
As I find additional circles and resources I will add them and make updates similar to the way I do on the LVD Resource List

Posted by Doug Kozlowski at 2:21 PM

View my complete profile
This is a blog about my research and experiences with historical fencing and other things related to the SCA. Specifically I have a passion for the Spanish fencing style of La Verdadera Destreza.
My email is dugkoz@gmail.com